Marseille is the second largest city in France and the oldest city actually, it is also the largest cruise harbor, so it was paramount to visit. For a change, with all the ancient architecture in this area, I focussed my visit on a very modern building right at the sea front, the MUCEM. The “mistral” wind was even stronger here than in Aix, so don’t let yourself be deceived by the sunny weather and the blue sky, it was very cold and it was difficult to hold the camera for a sharp picture. 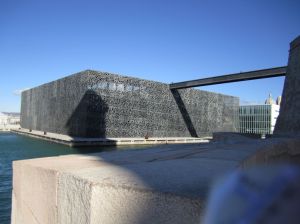 I also visited the Cathédrale de la Major, an impressive byzantine cathedral that has no difficulties to hold her own against the modern intruders. It was erected in the 19th century at a place, where there has been a church since the 11th centuries, remains of the earlier roman church are still visible on the side of this “new” church.

Other than that it’s not possible to get a comprehensive impression of a city with over 800 000 inhabitants in four hours on foot. But when strolling through some roads between harbour and train station it became obvious that there are many aspects to the city: 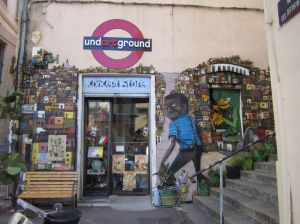 Some roads felt almost as scary as the graffiti below 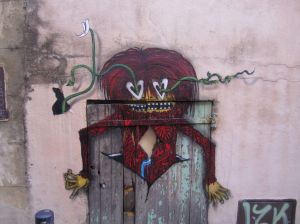 It has definitely different dimensions with respect to housing compared to Nice and the train station featured a piano for anybody to play on…this guy was actually pretty good. 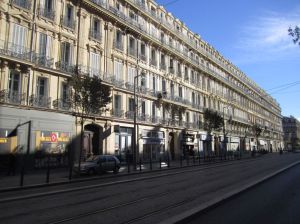 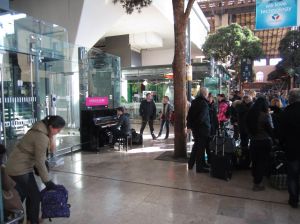