The Tall Ships Race last year in Helsinki inspired me to take the analogy of a ship for characterizing relationships. A ship is a device (translate: mindset) that is supposed to take you and your valuables from A to B over water (translate: emotions or life). In this analogy, I sorted relations-ships into three distinct types and each serves a purpose:

When marriages were still designed for “eternity”, these three types were essentially stages in the spiritual development of the partners. But as people can be “disposed of” much easier nowadays (not necessarily with less damage, though), the development mostly takes place with different people. 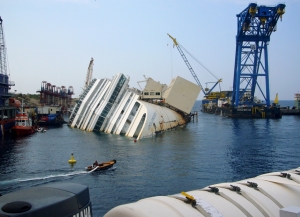 If we assume that the universal laws are a reality, then people who… 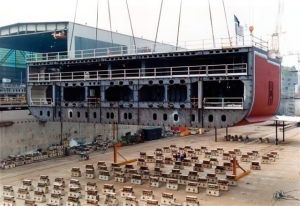 A shipyard relationship comes about when people have a nebulous clue that there is something wrong, something is not working with their ship (= mindset). They don’t dare to travel the waters. Instead, they get themselves a partner who helps them overhaul their ship. To these relationships the law of “opposites attract” applies. They hold opposite beliefs about many things.
A perfect match for success is when each of them holds positive beliefs and convictions that are as strong or stronger than the other person’s negative beliefs in a specific topic. It’s rarely that one partner is completely optimistic and the other only pessimistic.
Instead,  they each “patch up” the leakages and dents in the other person’s mental set up.  Like parts in shipbuilding, they put their parts together and often the end result  is pretty stable and capable of traveling the waters.
However, unless both incorporate the other person’s beliefs and thought patterns over time, they remain dependent on each other, as each, without the other, is going to sink. In addition, they can not go full power with pursuing their goals, as part of their time and effort goes into “repair work” and “staying connected”.
Once they have incorporated the partner’s “patches” and overhauled their “ships”, the purpose of the relationship as a “shipyard” ends. Unless they find a new purpose together, the relationship might end as well. 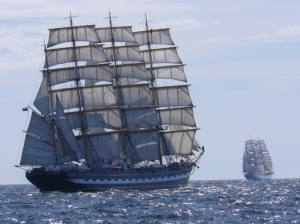 These relationships are focused on accomplishing goals and reaching milestones. Both partners know what they want and they have a positive attitude about themselves and the other. A perfect match comes about when